As digitalization continues to have an impact on the care sector, it is important to jointly plan and strategize a just transition for workers.

To exchange on experiences with union organizing and challenges in times of digitalization UNICARE held a regional network meeting in coordination with Friedrich-Ebert-Stiftung (FES) Nepal in Kathmandu from 23-24 November 2019.

The event coincided with the Fifth Regional Conference of UNI Asia Pacific Regional Organisation (UNIApro) in which more than 600 union leaders from 20 countries participated. The conference elected Rajendra Kumar Acharya of Nepal as the new Regional Secretary.

Care work is all about human interactions but increased digitalization might have a negative impact on working conditions. Therefore, unions need to keep a close eye on the emerging trends in Asia connected to technological innovations. Especially South Korea and Japan are driving technological changes in the region. Jayoung Yoon from Chungnam National University, South Korea, presented the current status of care-related technologies and government initiatives to drive innovation.

Technologies might help to increase efficiency, simplify reporting and make room for more attention for patients needs for interaction. They might also help to improve working conditions. For example, care workers are vulnerable to chronic back problems and digital support in lifting patients in elderly care and nursing homes might alleviate such health issues. At the same time, employers might look to raise revenues with their investment in new technologies and as a consequence, the workload and work intensity might increase as employers expect staff to take care of ever more patients. Moreover, introducing platforms that offer care work services could impact negatively on working conditions by increasing self-employment and low-cost competition in the sector. Therefore, trade unions should seriously consider the impacts of digitalization today to protect workers rights tomorrow.

Throughout the region, there is a large growth in private care – changing the entire sector. Most of the countries’ representatives reported issues of low wages, inadequate training, and impoverished working conditions. At the same time, the private care sector is largely unorganized. Therefore, participating UNI affiliates have increased organizing efforts in private care to push for better working conditions. The participants shared their experiences and exchanged best practices.

Participants reported of their successes since the last meeting: New enterprise unions have been set up in several parts of the Philippines, in Pune, India and in Kathmandu, Nepal. Collective Bargaining Agreements have been signed-in Korea, New Zealand and Nepal with better salary and working time arrangements for workers.

One major issue in regard to working conditions in the sector is the widespread violence which especially female workers are subjected to: "Among the care workers, mostly women are subjected to verbal, physical and sexual harassment from the patient, patient’s family and supervisors while providing care and treatment to the patients", said Ahn Soo-Gyung, Union Branch Head at the National Medical Center, Korea. He also stressed that women are reluctant to share their problems, firstly because it is still considered a taboo in most of the countries and secondly, due to the fear of losing their job.

In tackling the problem, the ILO Convention 190 on Violence and Harassment could play a key role. Richard Howard, Country Representative of ILO in Nepal introduced the new convention during the workshop and discussed with participants how it could help to improve the situation on the ground. Joshua Peak, Secretary of Shop, Distributive and Allied Employees’ Association (SDA), Northern Territory, Australia, shared SDA’s experience with a campaign against harassment at the workplace. The problem is widespread: Over 85 per cent of retail and fast-food workers report that they were abused at work, and as a result, suffer from anxiety and depression.

There is still a lot of work ahead for unionists in the care sector, but as Adrian Durtschi, Head of UNICARE Global, stressed in his concluding remarks: The global union has been building power, organizing care workers and influencing decision-makers to support investment and regulations for decent jobs in the sector. He called for care workers around the region to come together and join hands to build an even better care sector in the future.

Prospects for social justice and sustainable… 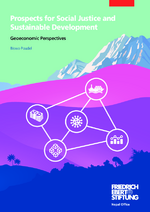 Gaida's dance with tiger and dragon 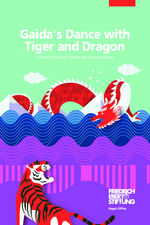 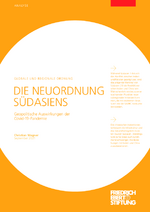